HomeNewsOrganization of the National Security and Defense Council of Ukraine21.02.2022, 15:11

Ruslan Khomchak: The budget for 2022 envisages almost 3,1 billion hryvnias for the formation of the Territorial Defense Forces 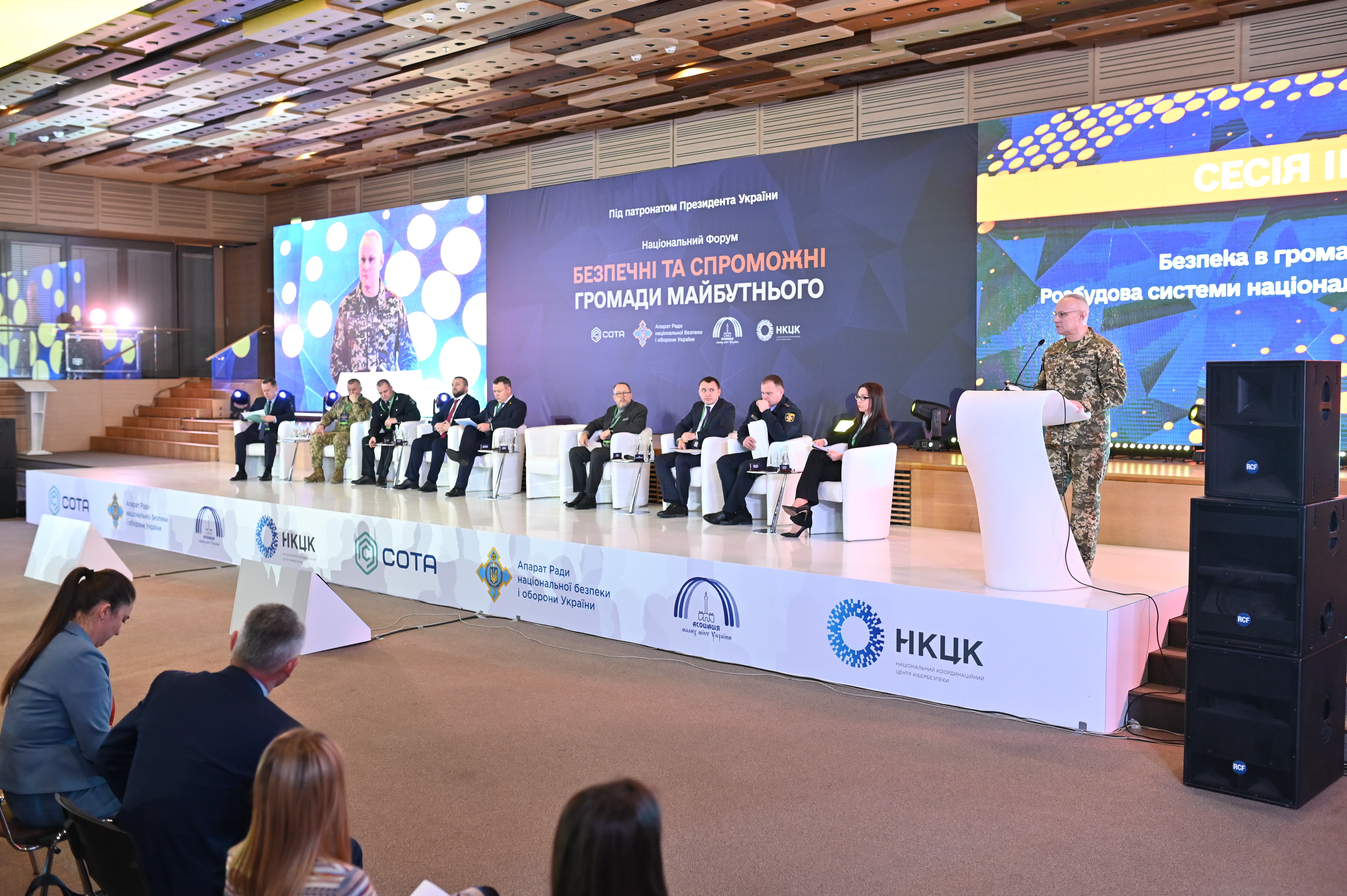 First Deputy Secretary of the National Security and Defense Council of Ukraine, Colonel-General Ruslan Khomchak stated this in his speech at the National Forum “Safe and Capable Communities of the Future”.

Mr. Khomchak outlined the main provisions of the Law of Ukraine “On the Fundamentals of National Resistance”, which came into force on January 1 this year, emphasizing that the implementation of the requirements of this Law will strengthen the state’s defense capabilities, make Ukraine’s defense comprehensive, and will help ensure the citizens’ readiness for national resistance.

The First Deputy NSDC Secretary said that the Cabinet of Ministers of Ukraine has already adopted 15 resolutions regulating certain provisions of the Law on the establishment and functioning of the territorial defense system, resistance movement, and preparation of citizens for national resistance.

Mr. Khomchak informed that in December 2021 and January 2022 Secretary of the NSDC of Ukraine Oleksiy Danilov held several meetings with heads of central executive bodies and entities of the security and defense sector in order to form a holistic vision and a unified approach to implementing the Law.

According to him, a number of problematic issues have been identified that need to be addressed immediately at various levels, including the situation with the allocation of funds needed to house the command facilities, brigades and battalions of the Territorial Defense Forces; insufficient level of provision of units of the Territorial Defense Forces with means of communication, personal protective equipment, vehicles, etc.

It is also necessary to resolve the issue of increasing the age limit for military service for servicemen of military units of the Territorial Defense Forces, Mr. Khomchak noticed.

In addition, the First Deputy NSDC Secretary said, given the security situation around our country, the timing of the formation and acquisition of capabilities by the Territorial Defense Forces, crisis planning activities should be adjusted.

He also stressed that it is necessary to accelerate the preparation of Ukrainian citizens for national resistance, take measures to improve the interaction of heads of local executive bodies and local governments with the Armed Forces of Ukraine on the preparation and organization of the Territorial Defense.

“During the field meeting of the National Security and Defense Council of Ukraine on February 11, 2022, in Kharkiv, the issue of the state of implementation of the law on the fundamentals of national resistance was considered”, - Mr. Khomchak said. – Following the meeting, the tasks and deadlines for solving the above-mentioned problems have been determined and communicated to the heads of central executive bodies and local authorities”.

Representatives of the leadership of the central executive bodies and the security and defense sector took part in the session dedicated to the issue of community security in developing the national resistance system.

As previously reported, on February 21, this year, the NSDC Staff together with the Association of Small Towns of Ukraine under the patronage of the President of Ukraine are holding the National Forum “Safe and Capable Communities of the Future”.