HomeNewsOrganization of the National Security and Defense Council of Ukraine21.02.2022, 14:59 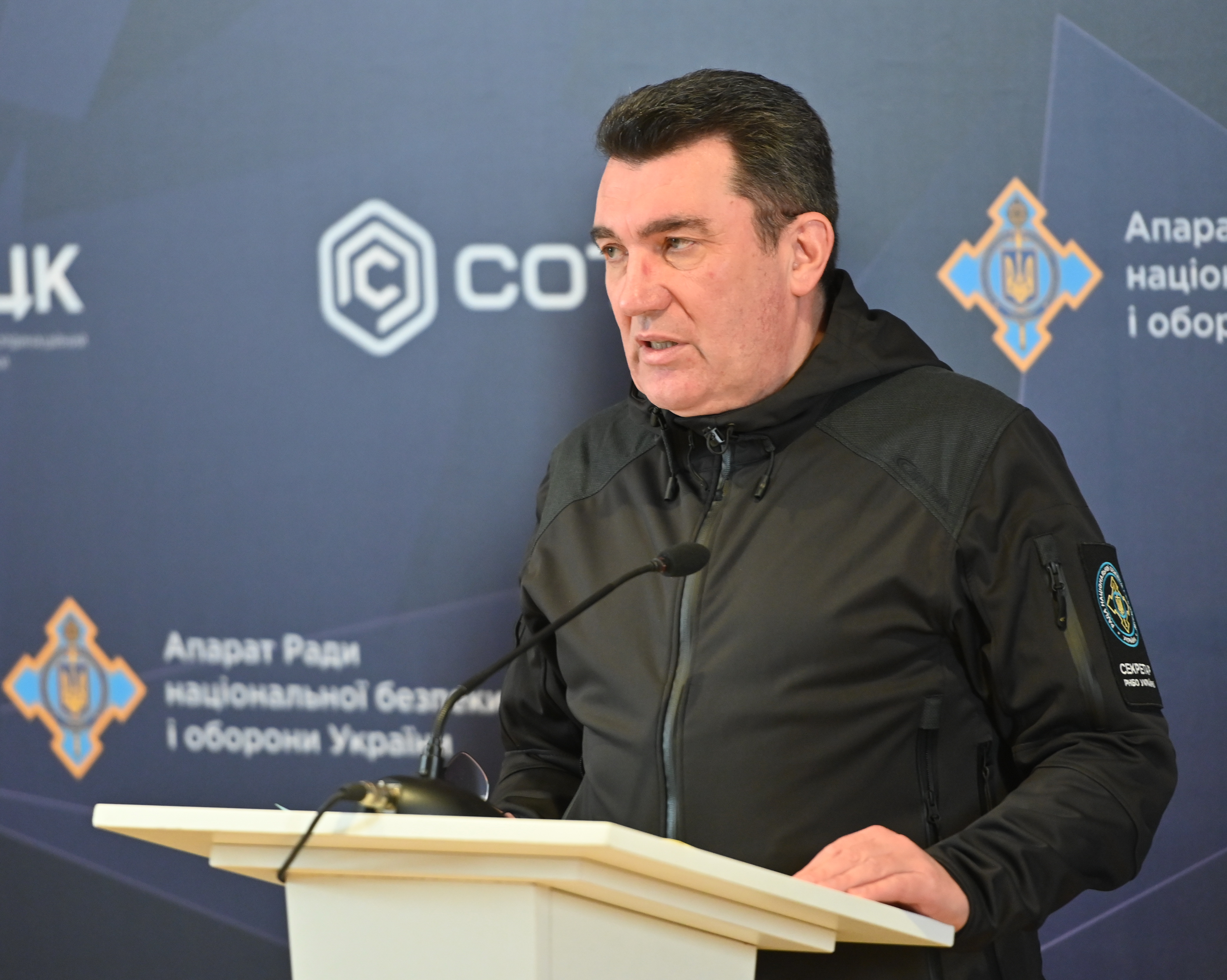 Ukraine’s task is to return the temporarily occupied territories solely by peaceful means. Secretary of the National Security and Defense Council of Ukraine Oleksiy Danilov emphasized this at a press conference within the National Forum “Safe and Capable Communities of the Future”, organized by the NSDC Staff together with the Association of Small Towns of Ukraine under the patronage of the President of Ukraine.

Answering journalists’ questions, the NSDC stressed that security issues are under the constant control of President of Ukraine Volodymyr Zelenskyy. “The security and defense sector is working 24/7”, - he added.

The NSDC Secretary noted that Russia is trying to create a casus belli, underlining that the Russian occupation forces are conducting shelling but not the Armed Forces of Ukraine.

“They won’t manage to provoke us. We will not conduct warfare against our population”, - Mr. Danilov stated adding that “President Volodymyr Zelenskyy’s plan is a political and diplomatic way of de-occupying territories”.

Mr. Danilov also noted that the Russian Federation is conducting a powerful information campaign against Ukraine, and called to “calm down and not give in to panic”. “Our military and our society are ready for any challenge”, - he said.