HomeNewsOrganization of the National Security and Defense Council of Ukraine24.01.2022, 20:19

Oleksiy Danilov informed about the results of the NSDC meeting

The National Security and Defense Council of Ukraine at a meeting chaired by President of Ukraine Volodymyr Zelenskyy on Monday considered measures to ensure national security from internal and external threats, the current state of the economy, energy, countering the coronavirus pandemic, and more. 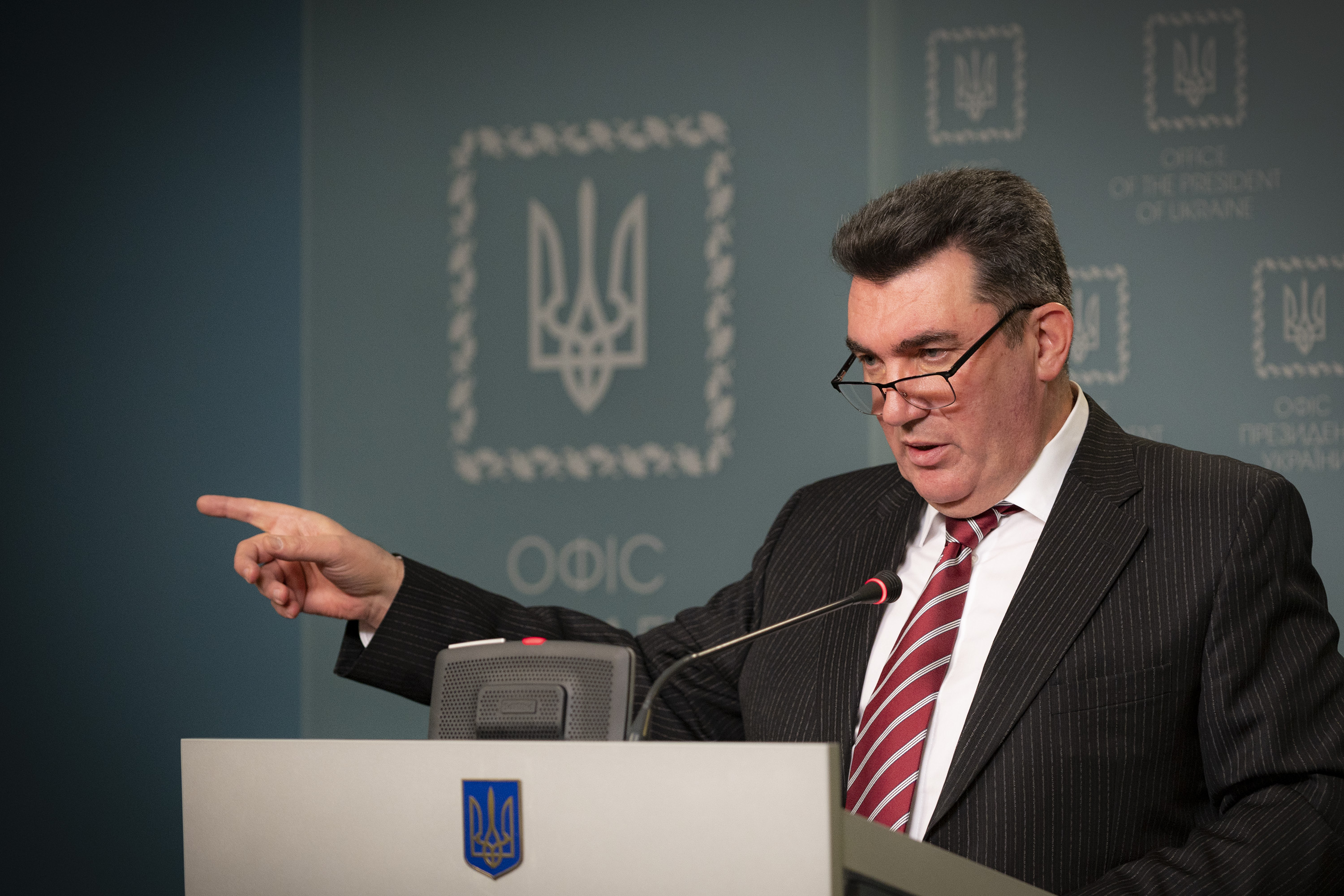 Secretary of the NSDC of Ukraine Oleksiy Danilov reported this at a briefing after the meeting.

The NSDC Secretary noted that “a lot of paramilitary fiction has been appearing in the media recently in our country”.

He stressed that the situation is difficult but fully controlled, and there is no reason to panic. “I would very much ask everyone to keep calm, - Mr. Danilov said. - Our Armed Forces are able to strike back if necessary. There is nothing new for us in what is happening today”.

Minister of Defense of Ukraine Oleksiy Reznikov presented a report on the implementation of the law on the foundations of national resistance. A report of Commander-in-Chief of the Armed Forces of Ukraine Valeriy Zaluzhny on the readiness of the Armed Forces to perform tasks to protect our country was also heard.

Prime Minister of Ukraine Denis Shmyhal reported on the state of affairs in the economy, Minister of Energy of Ukraine Herman Galushchenko – on the situation in the energy sector. Minister of Health of Ukraine Viktor Lyashko informed about the measures taken to counter the COVID-19 epidemic.

Chairman of the State Service of Special Communications and Information Protection Yuriy Shchyhol informed about the results of the localization of the cyberattack on government web resources, which took place on the night of January 14.