HomeNewsOrganization of the National Security and Defense Council of Ukraine30.12.2021, 11:45

Secretary of the National Security and Defense Council of Ukraine Oleksiy Danilov held an interagency meeting on implementing the Law of Ukraine “On the Fundamentals of National Resistance”. 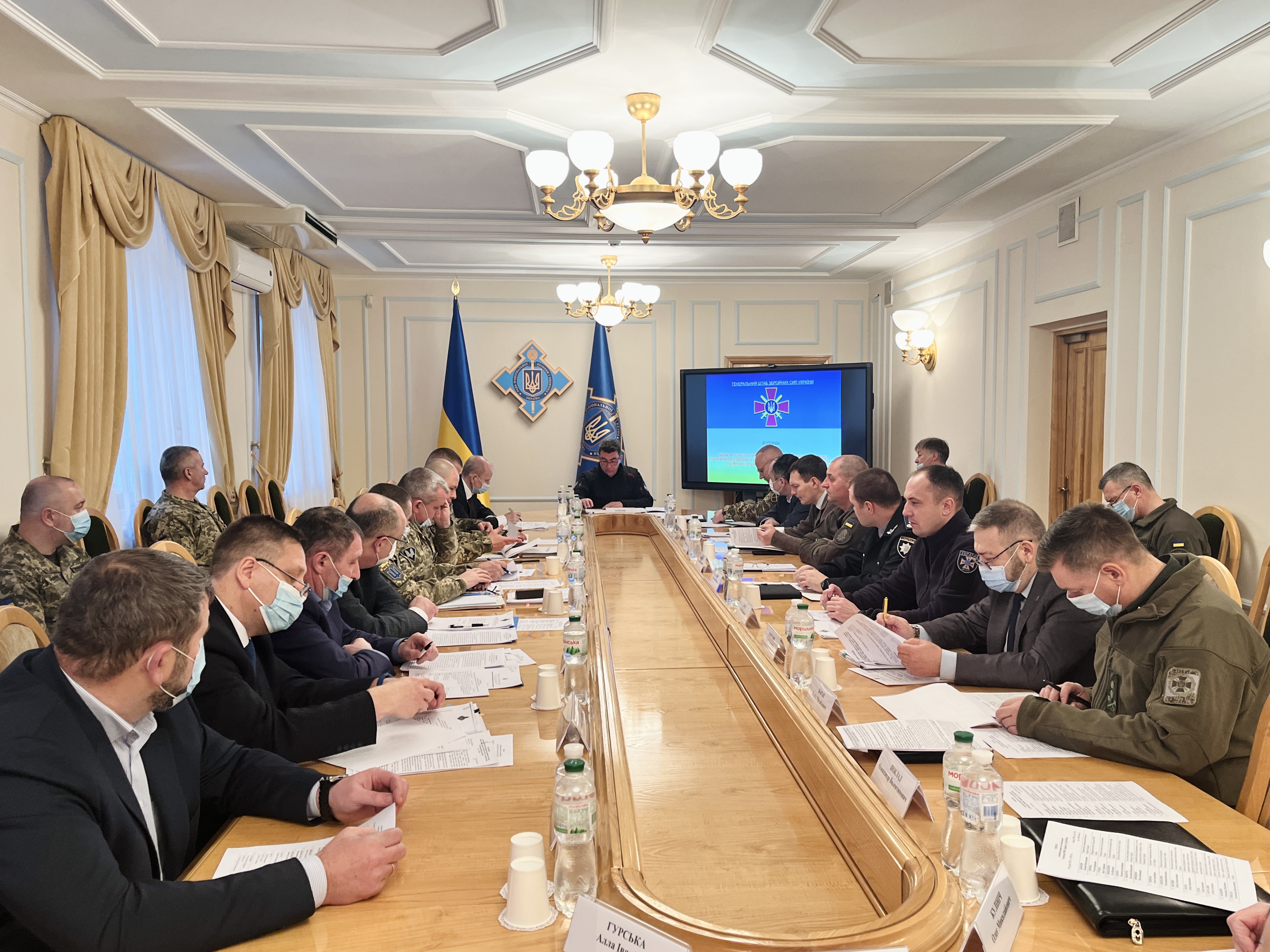 Mr. Danilov reiterated that this law, which will come into force on January 1, 2022, is one of the key tools for our state in the face of Russia's hybrid aggression. "Today, the enemy is doing everything to destabilize Ukraine from the inside, and we must ensure the operation of an integrated territorial defense system to counter all possible threats", - he said.

According to him, it is extremely necessary to coordinate and approve by December 31, 2021, all the necessary regulations to implement the provisions of the Law of Ukraine “On the Fundamentals of National Resistance”.

In this context, the NSDC Secretary noted the insufficient level of executive discipline of the Secretariat of the Cabinet of Ministers.

Mr. Danilov also stressed the need to intensify the work of heads of regional state administrations and local governments to conduct preparatory work for organizing the voluntary component of the territorial defense forces.

"Currently, the efforts of all actors in the implementation of this law should be aimed at maximum coordination and adopting well-considered decisions promptly", - he concluded.