HomeNewsOrganization of the National Security and Defense Council of Ukraine20.11.2021, 21:11

On November 19, this year, in Halifax (Canada) Ukraine and Canada signed an agreement to construct a spaceport in the province of Nova Scotia. The celebrations were attended by Head of the State Space Agency of Ukraine Volodymyr Taftay, Minister of Innovation, Science and Industry François-Philippe Champagne, Member of the Canadian Parliament Sean Fraser, President of the Canadian Space Agency Lisa Campbell, Minister of Economic Development of Nova Scotia Susan Corkum-Greek, and others.

The project envisages the construction of a commercial spaceport on the Atlantic coast of the province of Nova Scotia, Canada for the Cyclone-4M launch vehicle designed and produced by Ukrainian Pivdenne Design Office and SE Pivdennyi Machine-Building Plant. 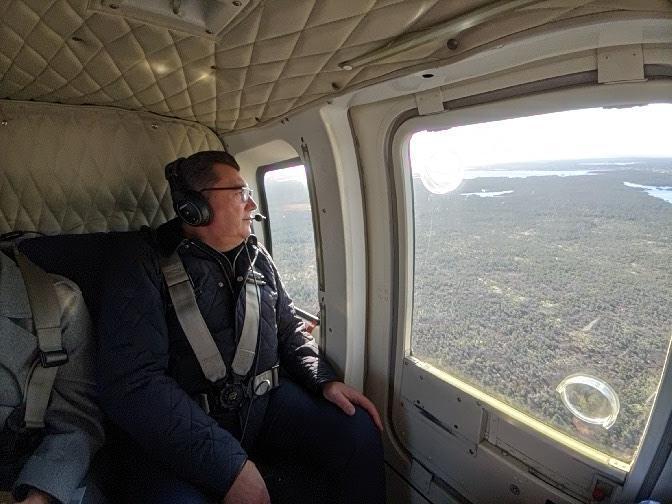 Today, the Ukrainian delegation at the Halifax International Security Forum, headed by Secretary of the NSDC of Ukraine Oleksiy Danilov, reviewed the project.

Maritime Launch representatives demonstrated the future command post and launch pad to Ukrainian delegation during a site survey on a helicopter.

The Ukrainian side was also represented by Deputy Head of the Office of the President of Ukraine Roman Mashovets, Head of the State Space Agency of Ukraine Volodymyr Taftay, and Chargé d’Affaires, a.i. of Ukraine in Canada Andriy Bukvych.