HomeNewsOrganization of the National Security and Defense Council of Ukraine12.11.2021, 10:51

Oleksiy Danilov: Ukraine will withstand for sure and win the hybrid war with Russia

Secretary of the National Security and Defense Council of Ukraine Oleksiy Danilov met with the management staff, scientific and pedagogical workers, students of the operational and strategic level of the National Defense University of Ukraine named after Ivan Chernyakhovsky.

In his speech, Mr. Danilov analyzed topical issues of national security and defense and answered questions. 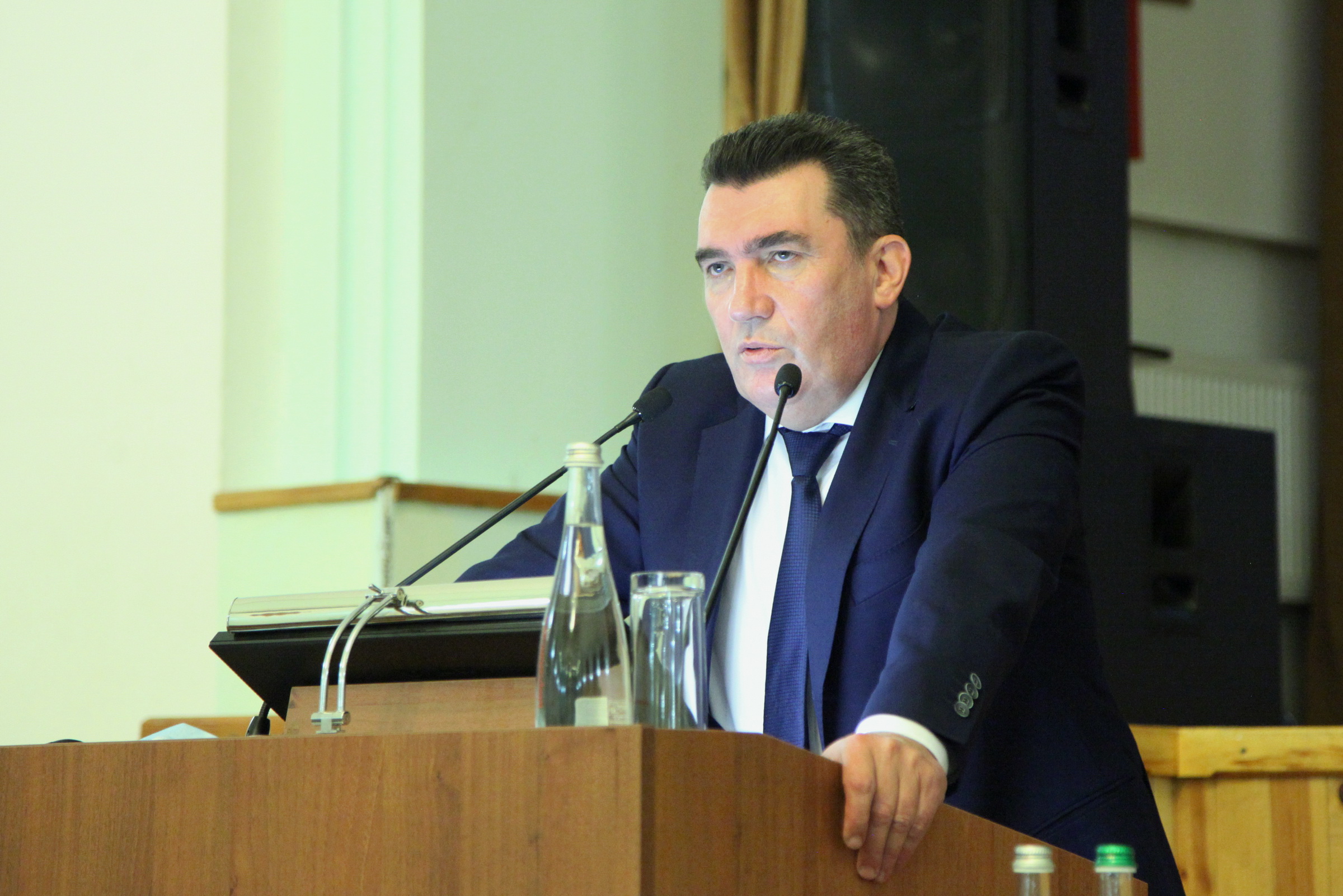 Mr. Danilov stressed that the implementation of security policy is impossible without taking into account the challenges facing the world community. “Today the world is very turbulent, unstable, and in the next 2-5 years it will undergo drastic changes”, - he said. Among the key factors that will determine the situation in the world, he named climate change, water supply, food crisis, and biological threats.

Speaking about the internal security situation in Ukraine, the NSDC Secretary stressed that the systemic problems that our state is solving today arose after the restoration of independence as a result of “fundamental strategic mistakes, the consequences of which we feel today”. “Once, for some reason, we considered Russia friendly, the system of protection of our eastern border did not meet the threats that should have been predicted”, - he said.

According to Mr. Danilov, in the coming months, the aggressor state may intensify actions aimed at destabilizing the situation in Ukraine. “We will withstand for sure. This is our land, we will not give to anyone what belongs to us”, - he said adding that this refers not only to hostilities in the East but also to “energy war, powerful cyber confrontation, economic terrorism, etc.”

In this context, according to the NSDC Secretary, it is necessary to intensify cooperation with Ukraine’s partners, including first of all the United Kingdom and the United States. 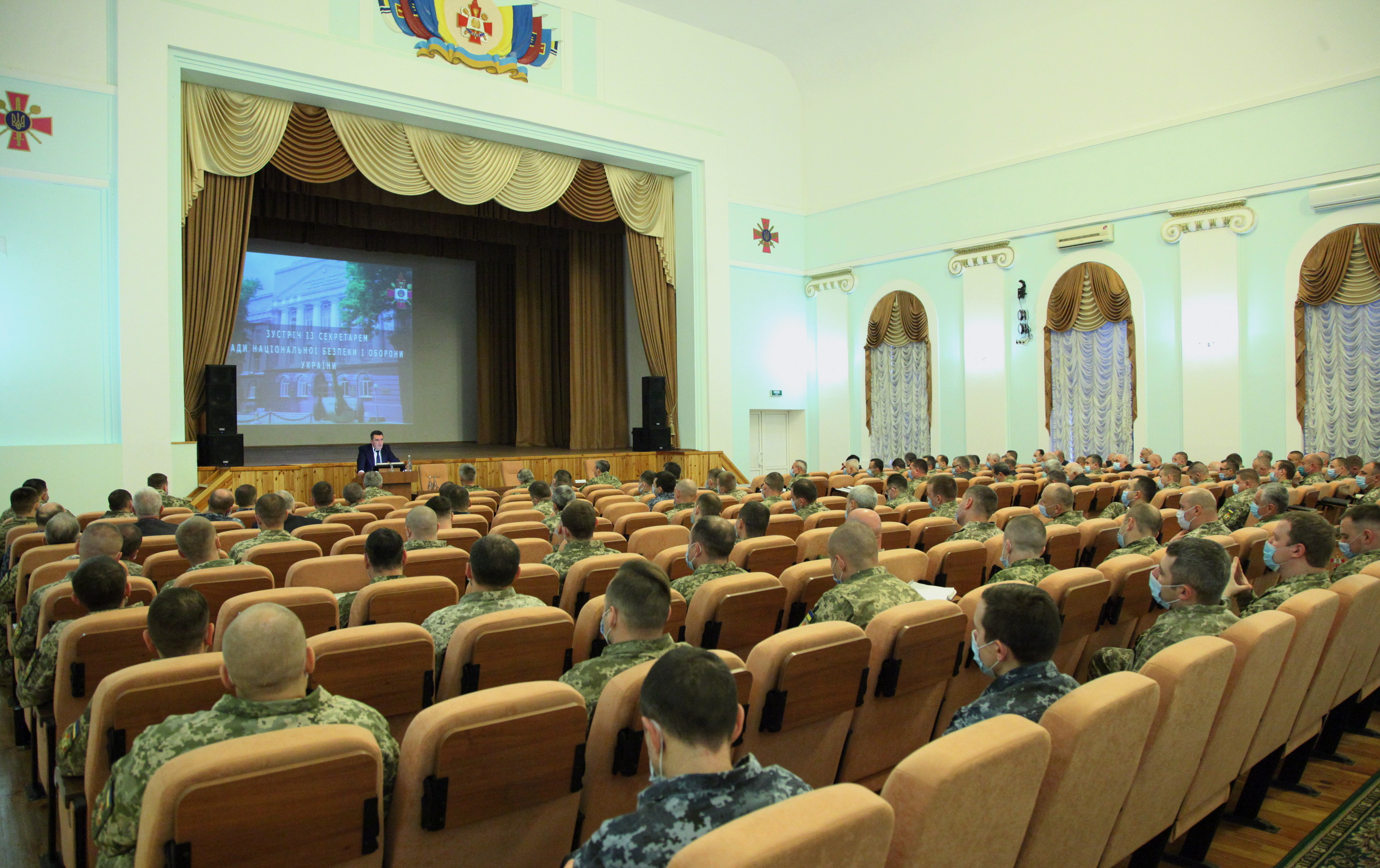 Touching upon the aggravating situation on the Belarusian-Polish border, Oleksiy Danilov stated that Ukraine is ready to strengthen its border protection. “At the NSDC meeting, which took place on November 10, all relevant agencies were given tasks. On November 11 the Minister of Internal Affairs and the Head of the State Border Guard Service of Ukraine went to Volyn, - he said. - If the number of so-called refugees increases, if they further accumulate at the border, all necessary actions will be worked out”.

Mr. Danilov also expressed readiness to deepen cooperation with the National Defense University of Ukraine named after Ivan Chernyakhovsky, in particular, in terms of building a system of situational centers. “There is an agreement that we will give the University access to our resources, because today without access to information, big data, it is impossible to conduct high-quality analysis”, - he said.

The NSDC Secretary also presented departmental awards. In particular, for his personal contribution to ensuring national security and defense of Ukraine, exemplary performance of official duties, and professionalism retired Lieutenant General Roman Fakadey was awarded a badge “Defender of Ukraine”. Colonel Ivan Kozynets was awarded a Medal of Honor of the National Security and Defense Council of Ukraine of the 3rd degree.