HomeNewsOrganization of the National Security and Defense Council of Ukraine23.08.2021, 12:56

Oleksiy Danilov: Support by all NATO member states for the Crimea Platform Summit is a strong signal to the world in consolidating efforts to de-occupy the peninsula

During the meeting, the parties discussed the current security situation in Ukraine and the world, in particular in the context of Russia’s aggression in the East of Ukraine, and considered a wide range of issues of Ukraine's cooperation with the Alliance, focusing on expanding cybersecurity cooperation. 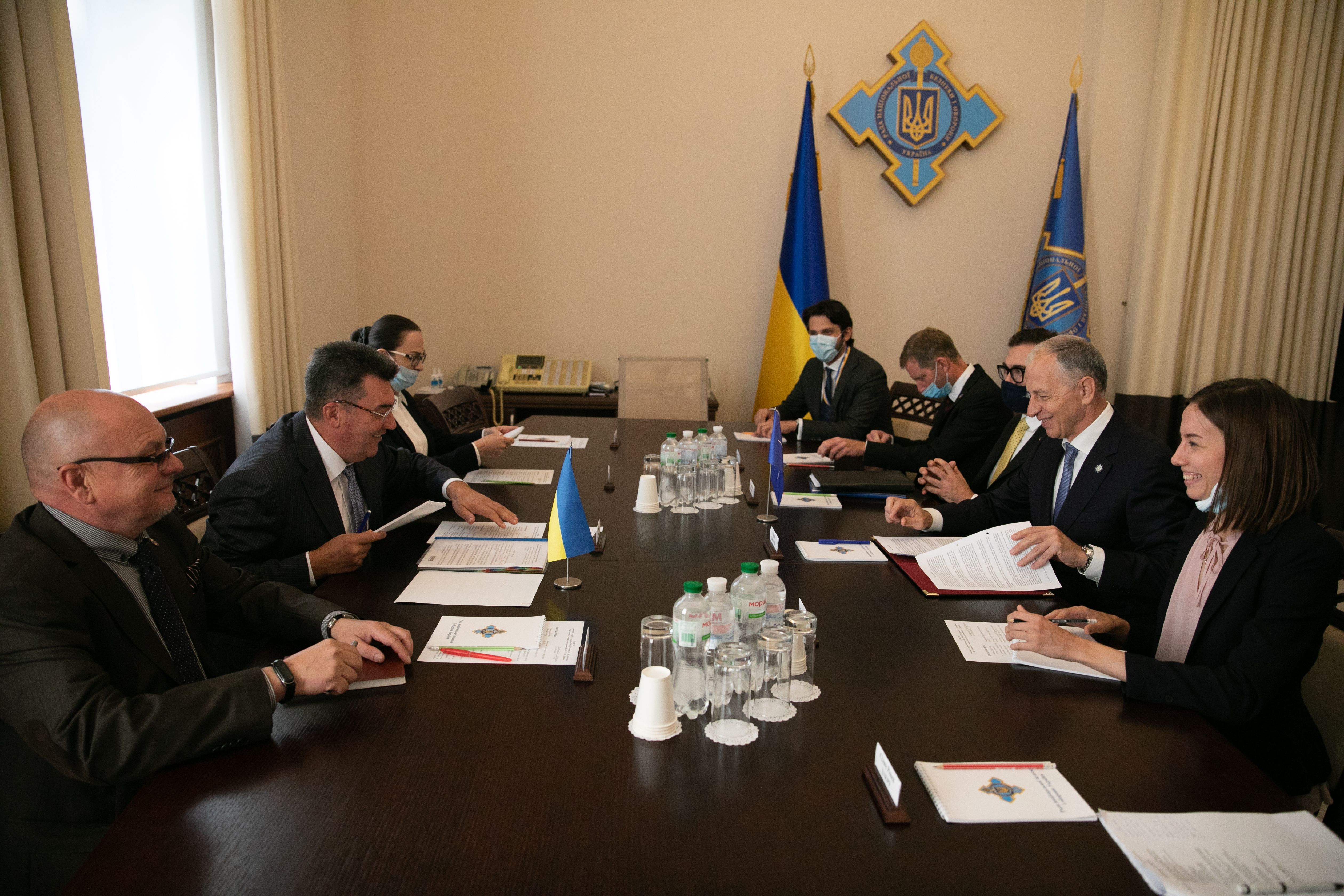 Mr. Danilov expressed gratitude to all NATO member states for supporting the initiative of President of Ukraine Volodymyr Zelenskyy – the Crimea Platform – noticing that the Alliance’s stance on this issue is very important for our country.

The Crimea Platform Summit will become a powerful signal to the world in consolidating efforts to de-occupy the Crimean peninsula, the NSDC Secretary stated.

The NSDC Secretary also noted that cooperation with NATO in cyber defense is important for Ukraine, as, according to him, “cyber weapons will become the number one weapon in the coming years”, and reported that our country had recently submitted a formal request to join the NATO Cooperative Cyber Defense Centre of Excellence (CCDCOE), based in Tallinn, Estonia.

In his turn, the NATO Deputy Secretary General stated that all Allies “understand the political and practical significance of the Crimea Platform”. “NATO shares the stance of non-recognition of the temporary occupation of Crimea and parts of Donetsk and Luhansk regions, - he stressed. - The Crimean platform is an important tool to keep the Crimean issue on the agenda of the international community”. 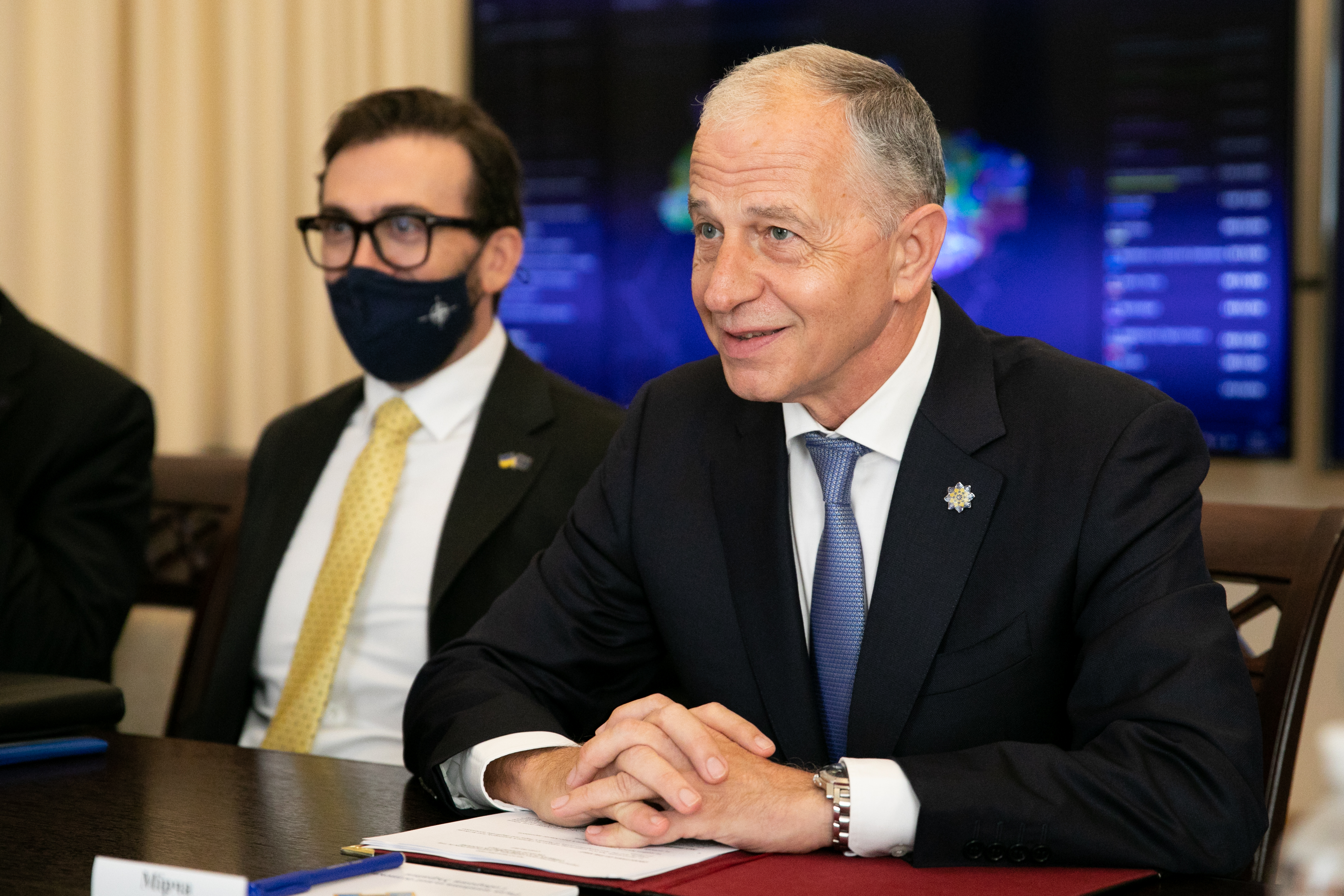 Mr. Danilov stated that Ukraine will continue the strategic course for full membership in the European Union and the North Atlantic Alliance, set out and enshrined in the Constitution.

Mr. Geoana noted to join NATO “there is a need for reforms on the part of Ukraine, and a consensus on the part of the Alliance”. In this context, he highly appreciated the efforts of President Volodymyr Zelenskyy to fight corruption inside Ukraine.

The NATO Deputy Secretary General also praised the contribution of the NSDC of Ukraine to the development of the security and defense sector, noting that this year’s Alliance summit in Brussels decided to hold annual meetings of security officials, and Poland had already offered to hold the fists meeting on its territory.

Mr. Geoana expressed the opinion that the issue of NATO’s cooperation with Ukraine in cybersecurity is promising and called national resilience another important point for cooperation between Ukraine, the Alliance, and the European Union. 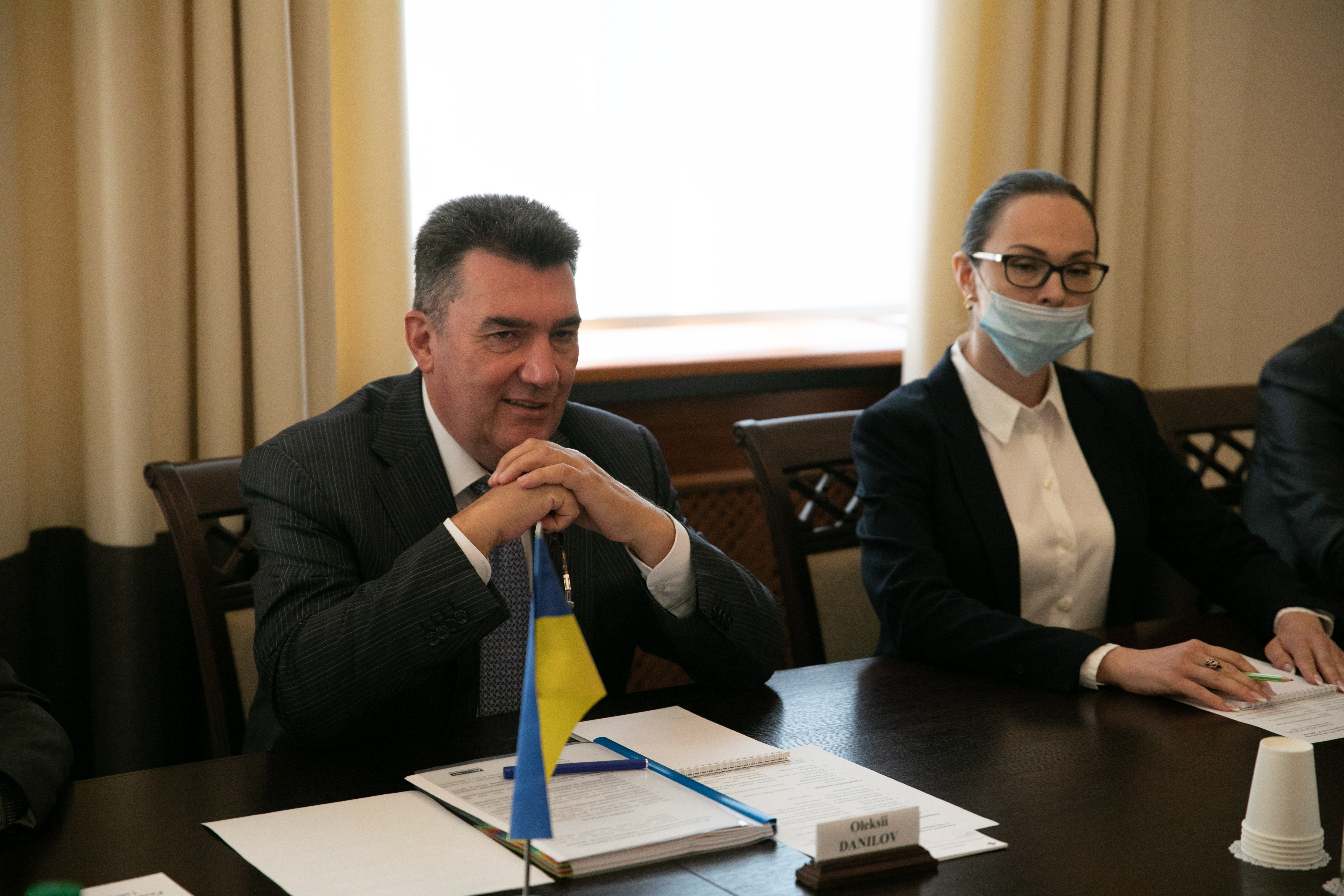 According to the parties, it is necessary to further reform the domestic security sector in the framework of the Annual National Programs under the auspices of the NATO-Ukraine Commission, to apply innovative approaches in this process, etc.

To Mr. Danilov’s belief, it is also important to develop cooperation between Ukraine and the Alliance at the level of “internal groups”, such as Ukraine-Poland-Romania-Baltic countries, in order to jointly work out ways to address various security issues in the region.

The NATO Deputy Secretary General expressed gratitude to the Ukrainian side for participating in the operation to evacuate people in danger from Afghanistan.