HomeNewsOrganization of the National Security and Defense Council of Ukraine20.04.2021, 18:11 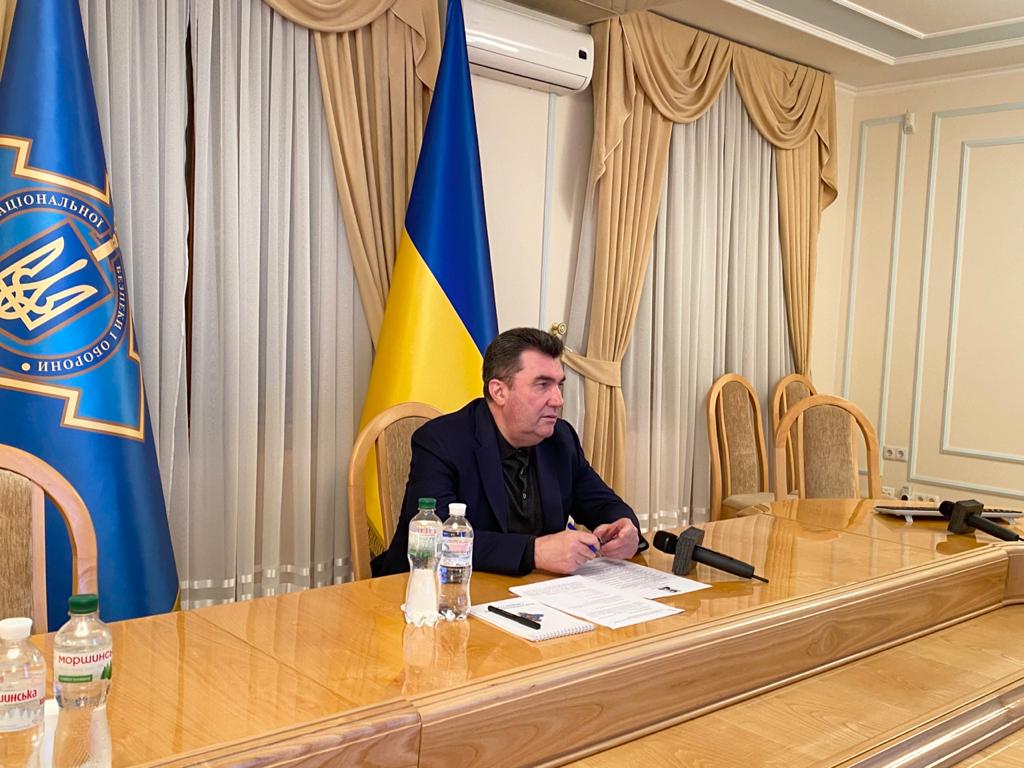 During the meeting, the parties discussed the current security situation in the region, paying special attention to the escalation of Russia’s hybrid aggression, the aggravation of hostilities on the contact line in the East of Ukraine, and the situation in the occupied Crimea.

Mr. Danilov noted that recently the Russian Federation has accumulated a large number of troops on the border with Ukraine, and the purpose of their presence is to provoke Ukraine and its partners.

According to him, the enemy’s military grouping near the borders of Ukraine in the north-eastern direction amounts to tens of thousands of servicemen. “We monitor the situation around the clock and develop different response scenarios”, - the NSDC Secretary said adding that “the Ukrainian army of 2014 and 2021 are completely different armies, and our troops are ready to repel the aggressor country”.

To Mr. Danilov’s belief, consolidation of efforts with our strategic partners to effectively counter the aggressor state is of vital importance. “We appreciate the help of NATO member states, in particular Poland, and look forward to further deepening cooperation”, -  he added.

Taking the opportunity, the NSDC Secretary invited the Head of the NSB of the Republic of Poland to visit Kyiv at a convenient time for a more in-depth discussion of cooperation between the security agencies of the two countries, in particular, regarding the issues covered during a joint meeting with Head of the Polish NSB Pawel Soloch and Polish President Andrzej Duda in March, this year.

In his turn, Mr. Soloch assured of Poland’s unwavering support for Ukraine’s sovereignty and territorial integrity, emphasizing that “Russia is responsible for increasing tensions”, and that the Polish side continues to condemn Russia’s position on international platforms.

Head of the NSB of the Republic of Poland noted that Ukrainian-Polish relations “are not only a common interest but also a relationship of friendship” and expressed interest in holding a bilateral meeting in the near future.