HomeNewsOrganization of the National Security and Defense Council of Ukraine26.03.2021, 16:28

As part of continued cooperation between the National Coordination Center for Cybersecurity at the National Security and Defense Council of Ukraine and the U.S. Civilian Research and Development Foundation (CRDF Global) (supported by the U.S. Department of State), the second meeting of the National Cybersecurity Cluster was held at the NSDC Staff on March 25, 2021.

58 participants took part in the Zoom-conference meeting dedicated to the discussion of the new draft Cyber ​​Security Strategy of Ukraine for 2021-2025 (hereinafter – the Strategy). 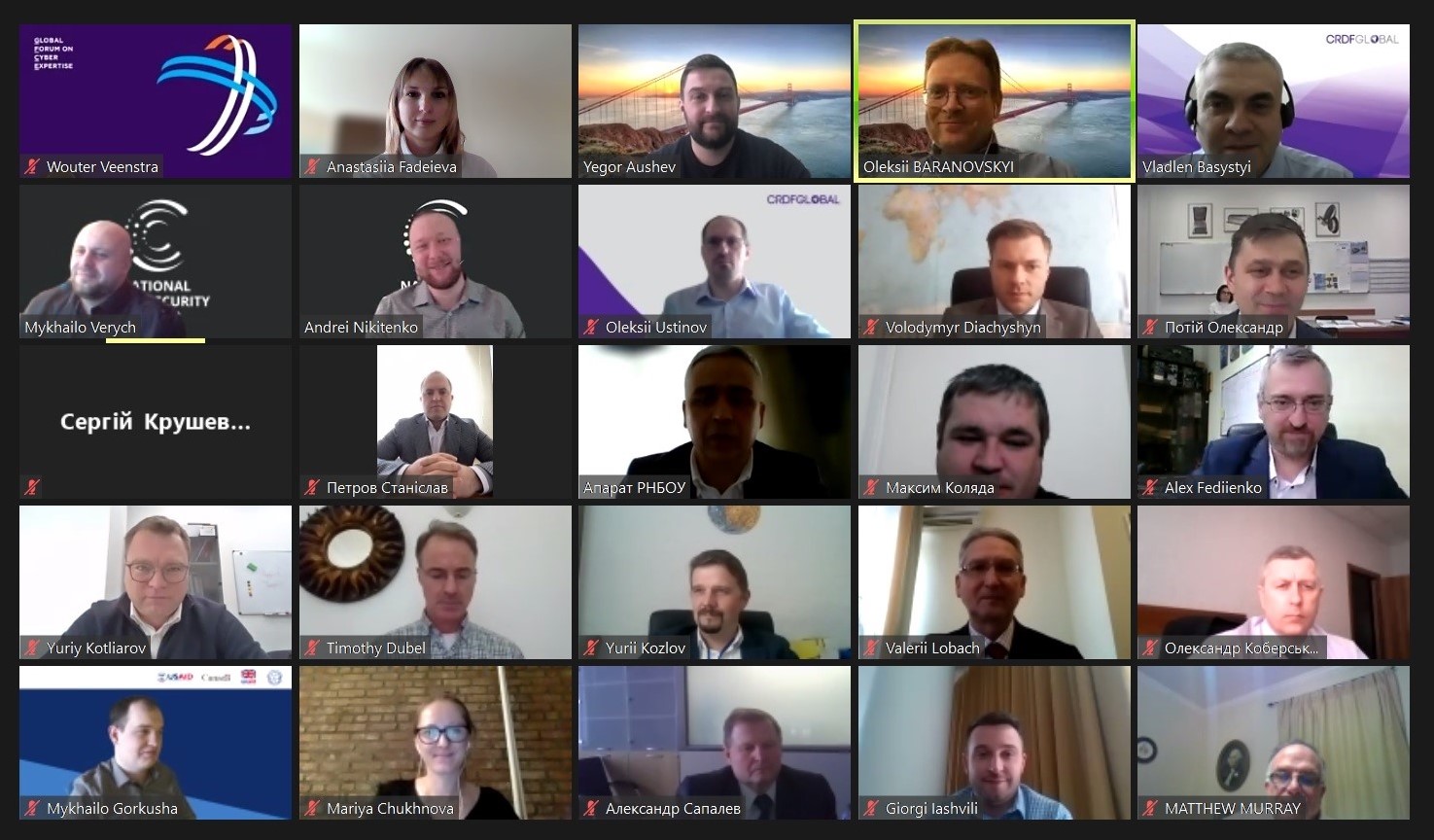 Head of the Information Security and Cyber ​​Security Service of the NSDC Staff Natalia Tkachuk expressed gratitude to all stakeholders involved in the development of the Strategy and reported that the draft Strategy was submitted for public discussion, which will be completed soon.

According to her, the draft was praised by representatives of the Ukrainian public, as well as foreign partners from EU member states, the UK and the United States. According to the results of processing these proposals, the draft Strategy will be finalized by the end of March.

Ms. Tkachuk noticed that one of the major tasks is to prepare a five-year roadmap, which will be detailed by the Cabinet of Ministers of Ukraine through approving annual plans for the Strategy implementation.

Head of the NCCC Support Service of the NSDC Staff Serhiy Prokopenko reminded that the basis for the work was established by the President’s approval in September 2020 of the National Security Strategy of Ukraine. On October 12, last year, the President instructed the NCCC to develop a draft Cyber ​​Security Strategy of Ukraine and submit it to the NSDC’s consideration within six months.

Deputy Chairperson of the Verkhovna Rada Committee on Digital Transformation, People’s Deputy of Ukraine Oleksandr Fedienko said that two bills on the protection of critical infrastructure of Ukraine (governmental and the one by people’s deputies of Ukraine) were registered in the parliament. According to him, in recent years steps have been taken in Ukraine to improve the legal framework in the field of cybersecurity, but it is necessary to make efforts to further improve it.

Representative of the US Embassy in Ukraine Adam Marlowe expressed his gratitude to the key stakeholders for their cooperation and said that the United States “is unwavering in supporting Ukraine in cybersecurity and expects the National Cluster to ensure further reforming of this sphere”. The U.S., in turn, will promote comprehensive progress in strengthening Ukraine’s cybersecurity, he emphasized.

Deputy Head of the Cybersecurity Program at CRDF Global Mykhailo Verych presented the main goals, objectives and priorities of the National Cybersecurity Cluster. According to him, it is “an initiative for coalition, cooperation and a coordination platform for the subjects of the national cybersecurity system, ministries and other state bodies and non-governmental institutions, representatives of embassies, donor organizations, private sector, international partners for effective cooperation in a number of programs and cybersecurity projects in Ukraine”.

The work of cybersecurity partners was also presented during the event. In particular, the reports were made by Timothy Dubel, USAID “Cybersecurity of Critical Infrastructure in Ukraine” Program Manager, USAID Cybersecurity Program in Ukraine implemented by DAI, and by Deputy Director General for Technical Affairs of the SE “Diya” Yuriy Kozlov.