HomeNewsOrganization of the National Security and Defense Council of Ukraine28.01.2021, 17:05

Secretary of the NSDC of Ukraine Oleksiy Danilov met with US Charge d'Affaires a.i. in Ukraine Kristina Kvien

Secretary of the National Security and Defense Council of Ukraine Oleksiy Danilov held a meeting with Charge d'Affaires a.i. of the United States in Ukraine Kristina Kvien.

During the meeting, the parties discussed the current state of bilateral cooperation.

Mr. Danilov congratulated the American side on the inauguration of the newly elected President of the United States Joe Biden. 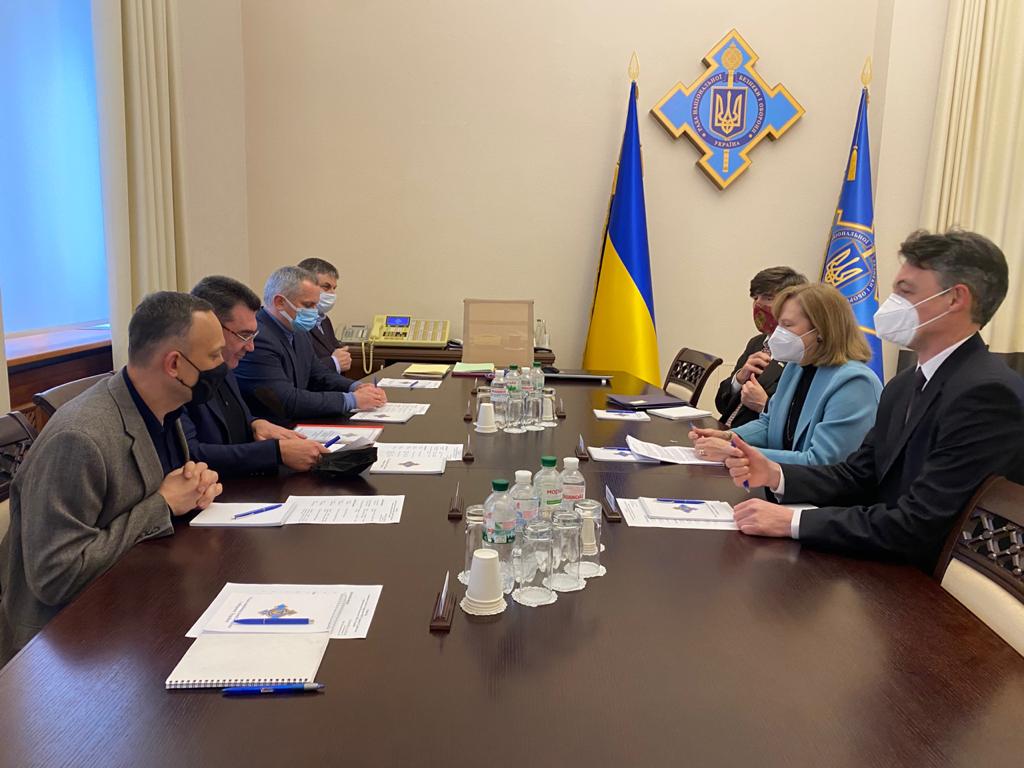 The NSDC Secretary also informed the Charge d'Affaires a.i. of the United States in Ukraine about the ongoing work to develop and approve 14 sectorial strategies, which are provided by the National Security Strategy of Ukraine enacted by the Decree of President of Ukraine Volodymyr Zelenskyy.

In particular, the parties considered the issues of sanctions policy and intensification of cooperation in the military-technical sphere.

In her turn, Ms. Kvien assured of the unwavering support of Ukraine by the United States and expressed readiness to further expand bilateral cooperation.