HomeNewsOrganization of the National Security and Defense Council of Ukraine21.11.2014, 16:26

The representatives of the Alliance were informed about the current security situation in our country, including the conditions at the Ukrainian-Russian border, as well as about the development of the anti-terrorist operation in the East of Ukraine. Particular attention has been paid to the state of implementation of the Peace Plan of the President of Ukraine.

In addition, the Ukrainian side thanked the Alliance for political support and for providing practical assistance to the country in its combat against the aggression of the Russian Federation. In particular it concerned the military-technical aspects of collaboration, as well as the implementation of special Trust Funds established at the NATO Wales Summit in September, and the assistance in the process of Ukrainian security and defense sector reform.

For his part, the Chairman of the NATO Military Committee stressed that Brussels would remain unchanged in its support to Kyiv. According to K. Bartels, the Alliance strongly intends to continue and deepen military and political dialogue with Ukraine. 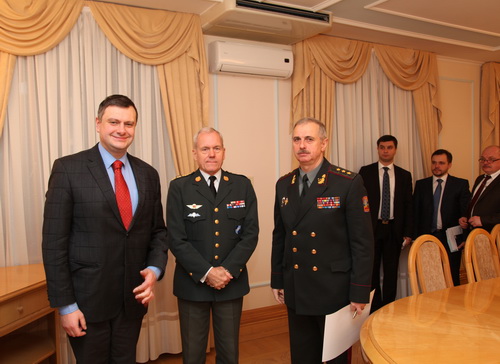