HomeNewsOrganization of the National Security and Defense Council of Ukraine19.11.2014, 12:45

The meeting of the NATO-Ukraine Commission at the level of the Partnerships and Collective Security Committee concerning the peculiarities of Russian hybrid warfare against Ukraine, including its mass media dimension, took place at NATO Headquarters on November 17 2014.

The Ukrainian side was represented by the Deputy Secretary of the National Security and Defense Council of Ukraine Mr. Oleksandr Lytvynenko and the Ambassador-at-Large of the MFA of Ukraine Mr. Dmitry Kuleba.

The presentation of the Deputy Secretary of the NSDC of Ukraine concerned the specifics of Kremlin's use of hybrid warfare modalities. Mr. Lytvynenko presented a detailed political and strategic review of Kyiv-Moscow relations. In particular, based on the analysis of long-term policy of the Russian Federation towards our country and a number of its concrete steps, it has been demonstrated that Ukraine has to deal with a long-term destructive operation carried out by the Russian Federation. Therefore the use of military means has only been a continuation of Russia's aggressive policy, which dates back to the mid-nineties of the twentieth century.

For his part, Mr. Kuleba in his speech stated that information war waged by Russia not only threatens Ukraine, but also carries a threat for other countries. Hence there should be a joint response to this challenge, involving joint tools of interaction with NATO.

During the visit to Brussels the Ukrainian delegation also met with Ukrainian and foreign media. 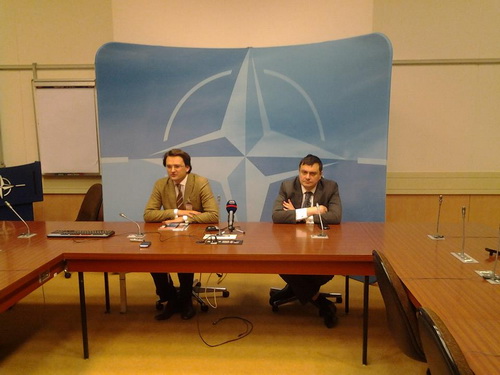 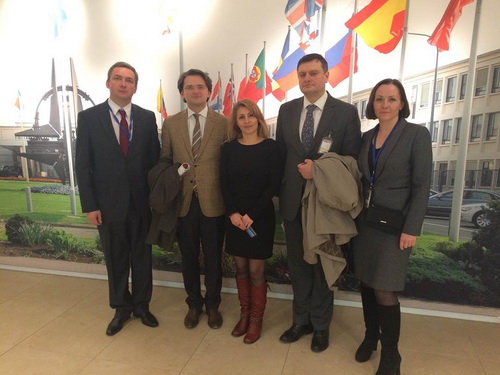