HomeNewsOrganization of the National Security and Defense Council of Ukraine18.06.2014, 19:53

The Secretary of the National Security and Defence Council of Ukraine Andriy Parubiy met with the European Commissioner for Enlargement and European Neighborhood Policy Štefan Füle and the Head of the EU Delegation to Ukraine Jan Tombinski.

The meeting was also attended by the Deputy Director General for Foreign Trade, the head of the group of support of Ukraine Peter Balazs and the Director for Russia, Eastern Neighborhood, Central Asia and the OSCE Gunnar Wiegand.

The sides discussed actual issues of domestic and foreign policy and the situation in the Eastern regions of Ukraine. Special attention was paid to the European integration of Ukraine and its course was outlined. 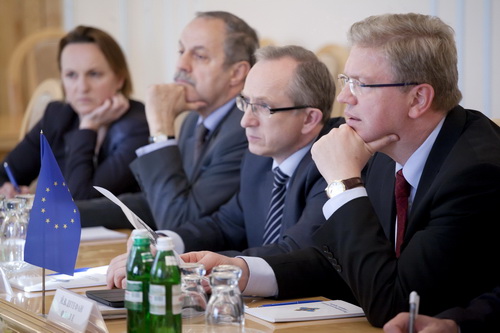 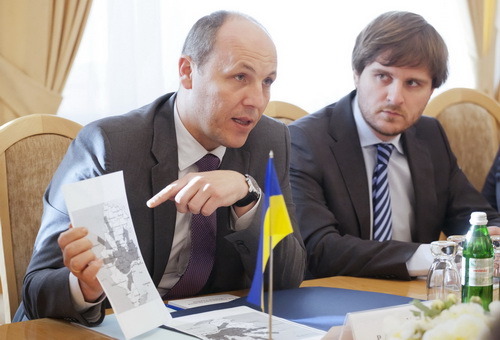 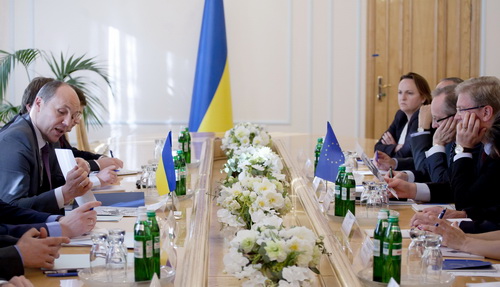 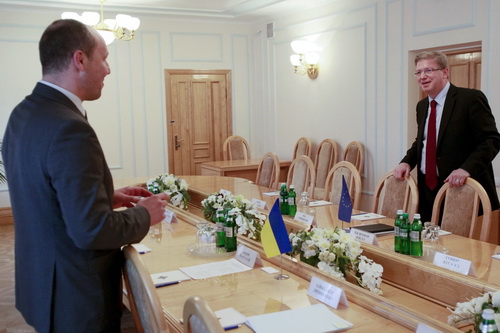 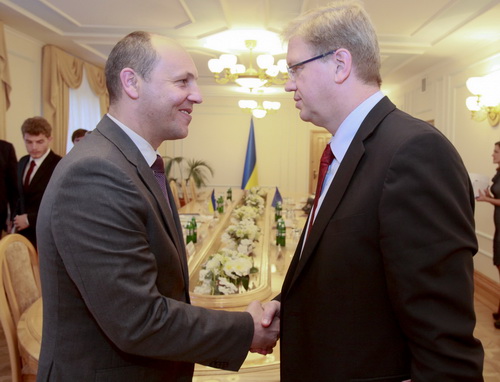