HomeNewsOrganization of the National Security and Defense Council of Ukraine16.06.2014, 19:02

Andriy Parubiy: We continue to lock up the line of containment

Despite on the lasted military invasion by Russia Ukrainian troops continue to contain it. This was announced by the Secretary of the National Security and Defence Council of Ukraine Andriy Parubiy during a press conference.

"The military invasion on the territory of Ukraine continues. We deal with the Russian invaders, in fact, the army equips militants and throws them to the East regions of Ukraine", Andriy Parubiy said.

According to him, on the 15th of June the Russian Federation Armed Forces redeployed the separate subsection of the 76th Pskov landing assault division to the area at the border with Ukraine. In addition, four military transport aircrafts Il-76 transferred 150 soldiers of personnel vicinity of 76th technology landing assault division to "Millerovo" airfield, located at 20 kilometers from the border with Ukraine.

Andriy Parubiy also noted that according to the information it is planned to send to the border regions with Ukraine a battalion tactical group of coastal troops of the Northern Fleet of Russia. "The size of the Armed Forces of Russia concentrated near the state border of Ukraine is about 16 thousand soldiers. There are about 22 thousand troops on the territory of Crimea and about 3,5 thousand soldiers on the territory of PMR (Pridnestrovian Moldavian Republic) also, who are ready to move proactive actions in any time," he added.

Andriy Parubiy also informed that the last few days the Ukrainian armed forces conducted a number of operations to protect the Ukrainian border. "Our armed forces and border guards passed to Biryukovo village; and on this territory with the help of checkpoints, controlled by armed forces of Ukraine, and border guards, checkpoints were placed on the key arteries which have been used by the Russians to send special services and equipment to the territory of Ukraine," he said.

In addition, the Secretary of the NSDC of Ukraine noticed that the last days the Ukrainian military units made the breakthrough in the northern areas. Those military includes the 24th battalion of territory self-defence formed by self-defence Maidan volunteers. "Those days this battalion has destroyed enemies' checkpoints with air supports and went to Schastya and Vesela Hora cities. Our checkpoint was settled. This now strengthen other contiguous units close to Lugansk. Our military checkpoint there is in 8 km from Lugansk; as well as in the north, along the border from Gorodyischa, where our troops were. They moved to Novokiyivka point," Andriy Parubiy told.

"So we continue to lock up the line of containment. Our task is to locked up this ring, to protect Ukrainian border and to prevent breakthrough from Russia; with the help of troops to prevent breakthrough of military special forces and military vehicles that are being transferred from the territory of the Russian Federation", the Secretary of the NSDC of Ukraine said. 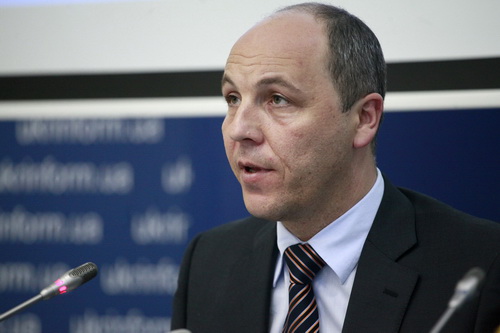 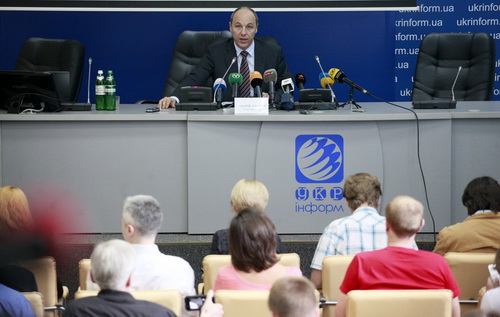 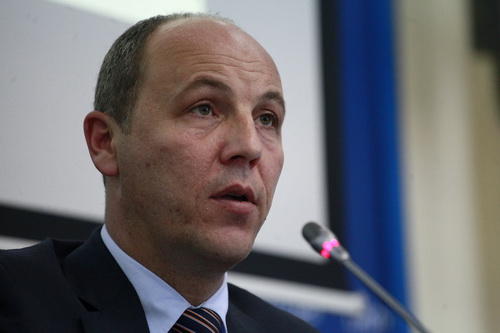