HomeNewsOrganization of the National Security and Defense Council of Ukraine23.04.2014, 16:56

The Secretary of the National Security and Defence Council of Ukraine Andriy Parubiy met with Senator of the United States of America, Co-Chair of the Foreign Affairs Committee of the U.S. Senate Bob Corker today, on the 23th of April

Andriy Parubiy and Bob Corker discussed the situation in the Eastern regions of Ukraine and condemned the tactics of the Russian Federation - the use of civilians as a "human shields". On the meeting they discussed the issues of providing expert and resource assistance in the process of reform of national security sector, such as the creation of the National Guard, which was favorably supported by Senator Bob Corker.

"We are personally grateful for the Senator contribution in the bill "Support for the Sovereignty, Integrity, Democracy, and Economic Stability of Ukraine Act of 2014". We intently were watching the discussion of this document, and we welcome the decision of the U.S. Senate to approve of a joint bill", the Secretary of the NSDC of Ukraine Andriy Parubiy said.

"Ukraine is interested in soonest receiving of status of priority ally of the United States - this could be declared by the U.S. unilaterally - which is not a member of the North Atlantic Alliance. Such move would have been a logical continuation of fulfill of U.S. commitment to the framework of the Budapest Memorandum of 1994", the Secretary of the NSDC of Ukraine said. 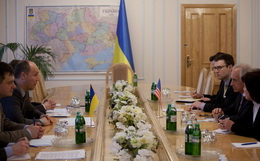 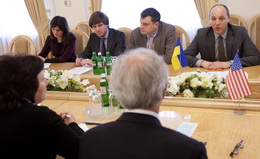 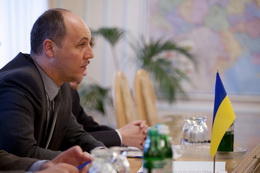 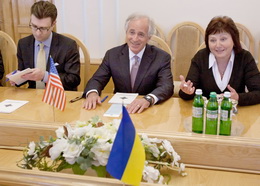 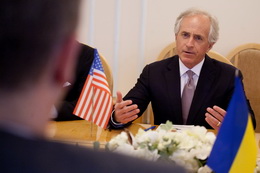