HomeNewsOrganization of the National Security and Defense Council of Ukraine06.12.2021, 17:11

Today, on the Day of the Armed Forces of Ukraine, President of Ukraine Volodymyr Zelenskyy is on a working trip to Kharkiv and Donetsk regions.

Secretary of the National Security and Defense Council of Ukraine Oleksiy Danilov is on the delegation accompanying the Head of State. 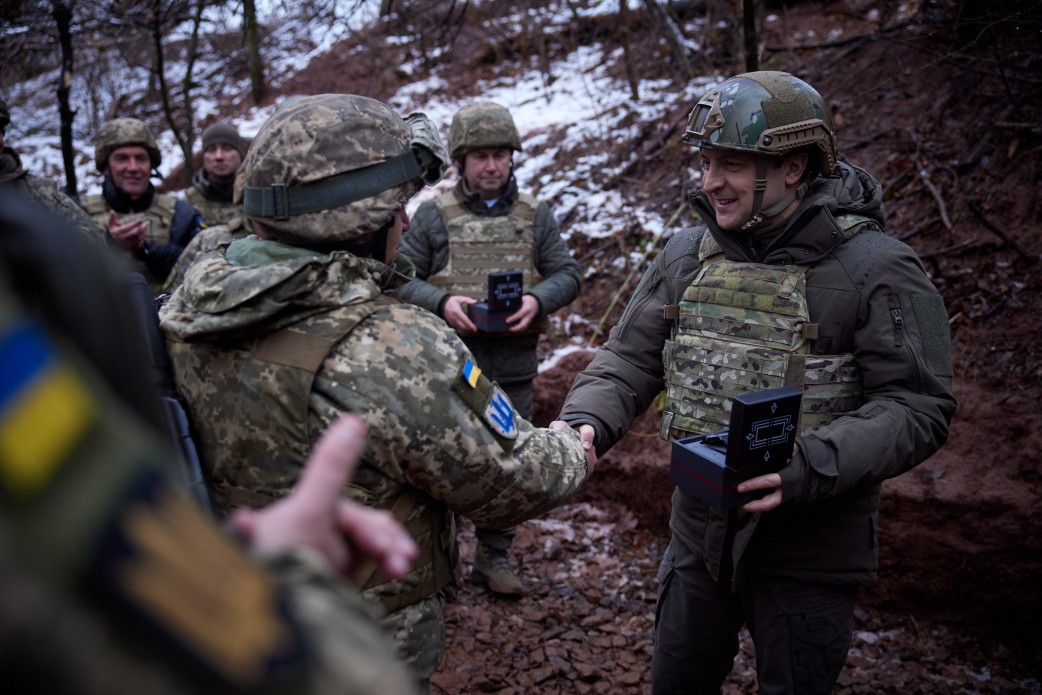 During a working trip to the Donetsk region, Volodymyr Zelenskyy visited the frontline positions of the Ukrainian army in the area of ​​the Joint Forces Operation and congratulated the military on the holiday. The President talked to the servicemen and presented them valuable gifts. Five servicemen were awarded state awards.

In addition, Volodymyr Zelenskyy got acquainted with the operational situation in the JFO zone and inspected the command post of one of the AFU brigades.